Pleasure for manufacturing is still 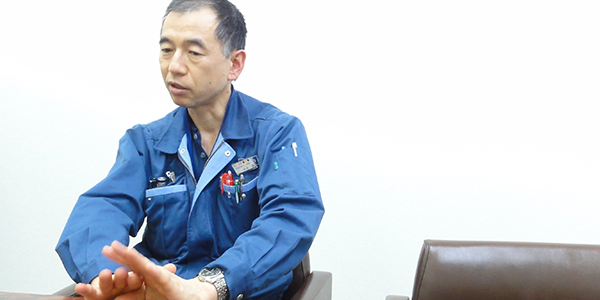 Recently, he has had some painful experience. The carps which he carefully bred all died because of pump failure. Later, in order to avoid such thing happening again, he was more careful. Just at this crisis, he was to be sent to China. With mild expression, Imai thought of entrusting his wife with his beloved goldfish.
He liked fish when he was a child. There was a pool in front of his house and even to now he still likes breeding goldfish. He studied aquatic discipline in the agriculture department of Kinnki university, which is a famous university firstly breeding bluefin tuna successfully in the world. In the 70s, when Imai practiced on the ousima experimental field in kusimoto of wakayama county, the bred bluefin tuna produces eggs and soon the artificially hatched fry became into big fish. Thus repeatedly, today fruits are finally born, which makes people feel a lot.

After graduation, for his friend's building a farm, he went to Himeji and bred ayu. The farm started from scratch for two years in the remote mountain. It can be said that it was this experience that reflected his current manipulative ability. ""Building a farm, processing metal mould and manipulative processing, etc are the same in property. Hands-on work world will never change. I just like making things and it has nothing to do with what I make"" Imai says so.